Meet the world's first phone with a Snapdragon 820 chipset 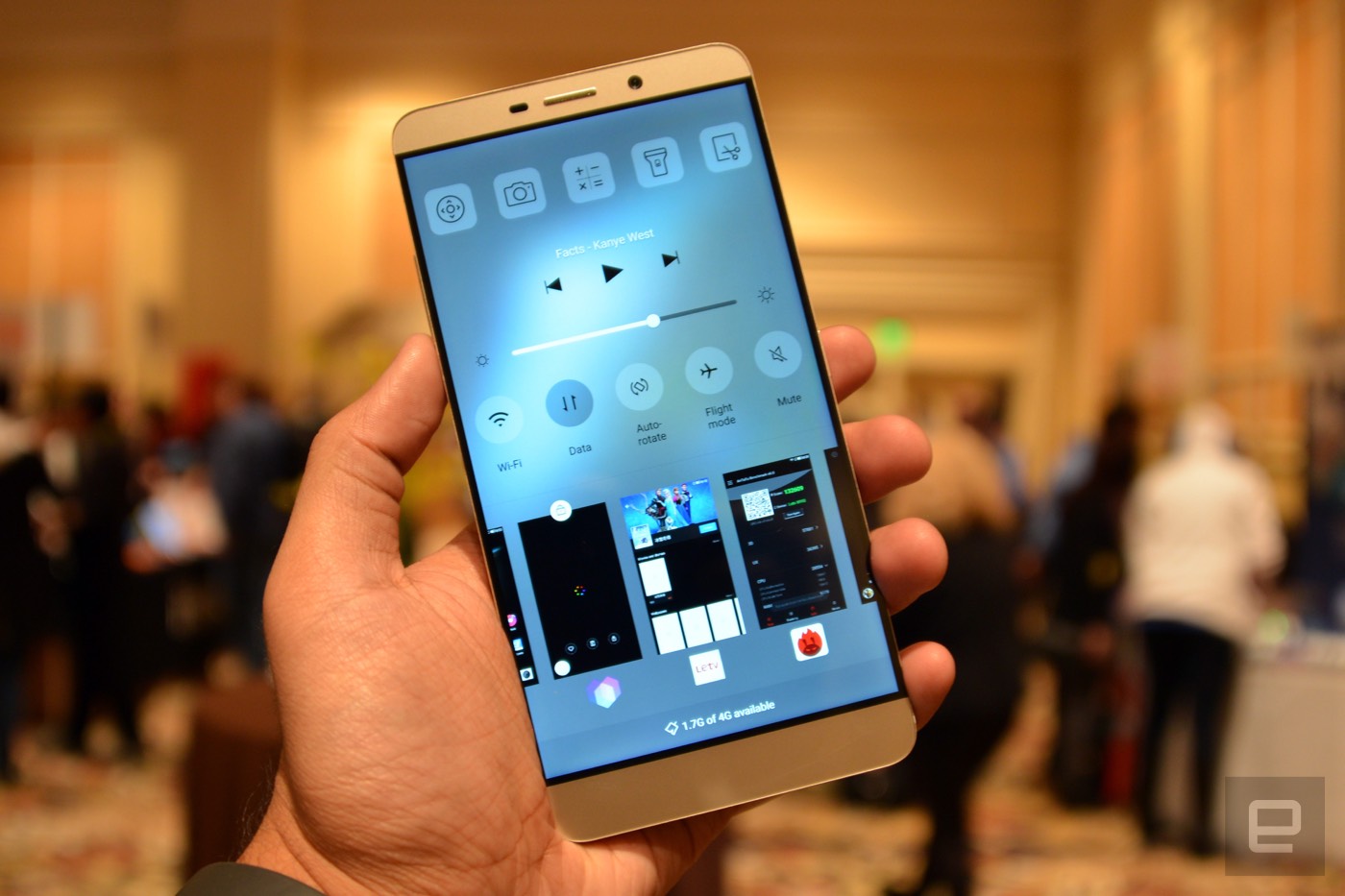 We spent a little time playing with LeTV's latest, and frankly, you wouldn't be able to tell it had a Snapdragon 820 unless I said something. The chip we've got here features four of Qualcomm's Kryo CPU cores clocked at 2.2GHz, along with an Adreno 530 GPU and 4GB of RAM. Sounds impressive, no? We're sure it will be, but at this point it's hard to get feel for what's going on in there.

You see, once devices hit a certain performance threshold, it's damned near impossible to suss out minor speed differences. That's especially the case here: the Le Max Pro certainly seemed snappy while firing up apps and giving it a taste of my nutty daily routine, but we'd have to turn to benchmarks to get a more concrete sense of what's new here. Either way, there's no denying the Le Max Pro has some oomph, even if it doesn't seem noticeably quicker than any other high-end Android phone on the market.

Chipset aside, the Le Max Pro comes with either 32, 64 or 128GB internal storage, a 21-megapixel rear camera, a 3,400mAh battery and a 6.33-inch screen running at WQHD. I'm naturally wary of gigantic devices because I'm no giant and neither are my pockets. Still, the Le Max Pro size situation is less dire than expected — it fits surprisingly well inside pockets (as former Senior Mobile Editor Brad Molen modeled for us. At the risk of making an inadvertent "CHINA LOVES TO COPY" joke, the phone's general dimensions and the circular fingerprint sensor etched into its back give it an aesthetic very similar to that of Huawei's Mate 8. Like Huawei, LeTV has also painted over Android 6.0 Marshmallow with its own custom UI that does very little for me. It's typically Chinese in that it gives up a separate app launcher in favor of an iOS-style springboard setup, but there's a lot at play here that we just haven't gotten time to wrap our heads around. We're going to try and get our hands on a proper review unit, so stay tuned for some more nuance if/when that happens.